Ferrari unveil their fastest and most powerful road-going vehicle ever. The new 2013 F12berlinetta features a 6.3-liter V12 engine that produces a truly monstrous 740hp and a 0-62mph time of just 3.1 seconds

Replacing the 599 GTB Fiorano, the F12berlinetta features a reworked version of the V12 unit that first appeared in the FF, sharing the same front-engine configuration with 6262cc capacity and 65 degree configuration, but its power output has been substantially to just over 740hp (730bhp), produces 509 torques. With a dry weight of 1525kg the F12berlinetta delivers a mind-altering: 0-62mph in 3.1 seconds, with an even more impressive 0-124mph in 8.5. It can then remain planted all the way up to a top speed of 211mph. It has also been released that around the Fiorano test track it even out performs the Enzo, making this the quickest Ferrari road car to lap circuit with a time of 1min 23 seconds.

More details will no doubt be announced at the Geneva Motorshow tomorrow but for now we are lucky enough to have a gallery of the design renderings and a brief video below. 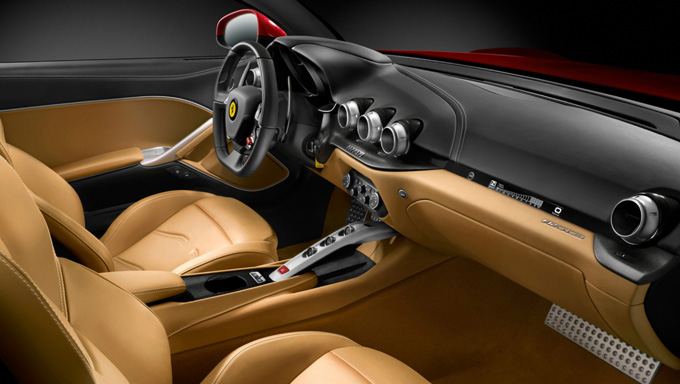