If Martin Luther was right and the hair is, indeed, the richest ornament of women, then one can be sure that he would have recommended Daniel Galvin to his female friends. Unrivalled luxury and elegance combined with a rich hairdressing heritage and excellence has established Daniel Galvin as London’s premier hair salon, world-famous for it’s colouring, that provides the ideal destination for London’s elite and celebrities alike. 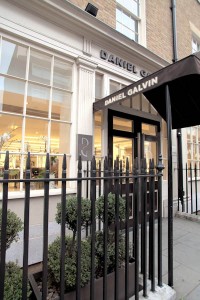 The continued success of Daniel Galvin could, in part, be down to the hard work of Galvin himself, who received an OBE in 2006 for his services to the hair industry. This feat will not go unnoticed when you enter the salon; the walls are plastered with his accolades, yet despite being in the business for over 50 years, the Galvin name has been the stuff of hairdressing legend for far longer (Galvin’s grandfather was the top stylist of the day at Truefitt and Hill on Bond Street at the end of the 19th century). If it isn’t this prestige heritage, then the sheer elegance and quality of the salon must have something to do with the salon’s unrivalled reputation. I had the unique privilege to check-in for an appointment for a colour, cut and blow dry.

You could quite easily miss the Daniel Galvin salon, simply due to its discrete entrance on George Street, just off Marylebone High Street and tucked neatly behind Selfridges. In many ways it lends itself to looking more like a five-star hotel than it does a hairdressing salon, due to the Manhattan-style awning over the door, black, iron-cast fencing and neat little plaque, the only indicator that lets you know that you have, indeed, come to the right place. In fact, the only feature the chic exterior seems to missing is a top hat-clad man to usher me inside. Inside, five prim looking girls man the marble reception desk, for this is a salon of such great proportion and prestige that only five receptionists will do. On entering, the reputation that surrounds Daniel Galvin becomes apparent. Just like the exterior, the décor inside is chic and modest, and yet luxury permeates everything. White marble floors accompany crisp white walls – the design is such that nothing is intended to draw attention away from what Daniel Galvin is all about – hair. The salon seems almost something of a hair laboratory, but without the fear of a sudden disaster or explosion. Clients, there are no customers in Daniel Galvin, only clients, stroll nonchalantly around in chocolate brown robes whilst attentive colourists and stylists work their magic to produce the most enviable of results. 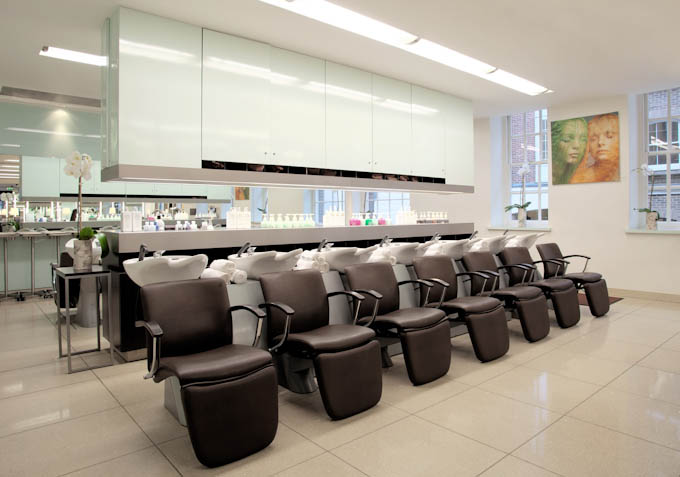 Around me friends chat and yummy mummies wave off their husbands and children, willingly succumbing to the leisurely hours ahead of them. Plush leather sofas are scattered about, and little individual lamps and fresh orchids adorn the plethora of white stations, each manned by its own attendant. The salon is huge, apparently the largest in the UK, which only emphasises how serious these hairdressers are about their trade, and how in demand the salon is. Colouring is upstairs, styling and a café-bar downstairs, and running water cascades in a slim waterfall down a large expanse of wall. Daniel Galvin is a nirvana amongst salons. The atmosphere is electric; busy and loud, which only emphasises that you are in the hands of true professionalism. Despite this, I still manage to feel utterly relaxed, and rather special. I spy a small menu beside me, which I gladly examine. Fresh juices, smoothies and dairy free smoothies are offered, as well as wines, champagne and coffees. If you’re feeling peckish, why not treat yourself to an exotic edible creation? The club sandwich on toasted bread with chicken, avocado, bacon, goats’ cheese, egg and walnut basil mayonnaise looked particularly tasty. I plumped for a coffee, date and yoghurt smoothie, which on a subdued Tuesday morning was extremely beneficial. 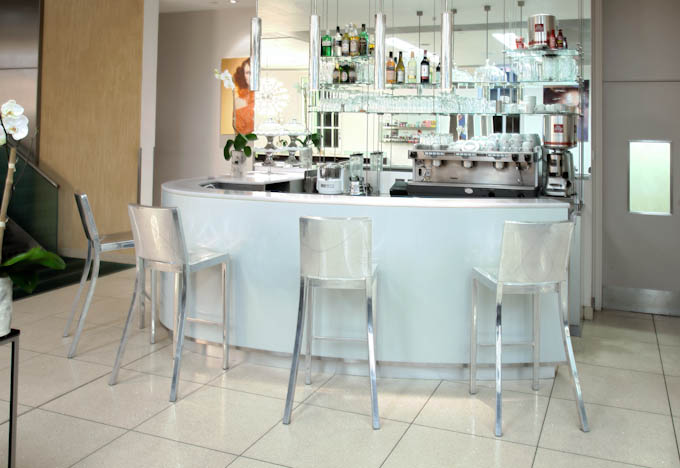 I left my gilet at the cloakroom, and stayed on the ground floor to have my colour done with Jade. Although one of the newer of Galvin’s colourists, she combined her expertise and know-how of what suits with my own wants and needs, which resulted in a subtle new lease of life for my blonde tresses. Expert deep conditioning accentuated my expertly crafted highlights, which were golden and expensive looking without a hint of yellow or brassy tones that haunt the dreams of blondes worldwide. I had arrived with dry, over processed hair and left with divinely glossy, golden locks with glinting highlights. Downstairs, a whole other magical world of hairdressing waits. There wasn’t much I wanted done to my hair when it came to styling, and Jay, my stylist, understood completely. ‘Your hair looks beautiful as it is’, he told me, honestly, ‘I’m not going to change anything about it’. They were the most refreshing words I had heard in a long time. Jay had spent, and still does spend, much of his time working in fashion, which is evident upon meeting him. He is currently starring as a member of the styling team on Britain & Ireland’s Next Top Model. To send me on my way, he adopted a technique that he employed frequently on the models during his time at Burberry – delicately defining loose waves at the tips of my hair to create a tousled bouncy look, which looked divine. 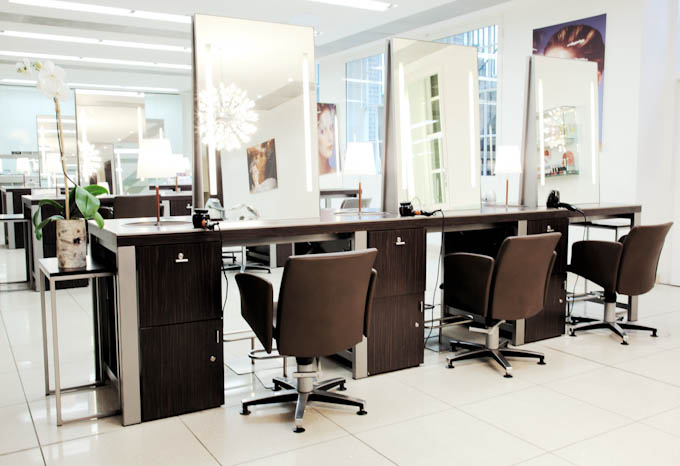 With gracious farewells, and recommendations on deep conditioning treatments, I left London’s most sought after salon, utterly thrilled with the new masterpiece atop my head and feeling a little deflated that the experience was over. If you are considering a trip to Daniel Galvin, then believe the rumours you hear about it, for an unprecedented experience lies within its humble doors. It isn’t hard to see why it’s the salon of choice for the most discerning of London’s clients.

For bookings, telephone: 02074869661 or e-mail: appointments@danielgalvin.com