While most of the London property market has been subjected to turbulence over the past few years – the most obvious factor being the financial crisis beginning in 2007, although some events like the Olympics have had a positive impact too – prime property in the capital has remained as steady as ever, and continues to attract investors from home and abroad. Indeed, along with gold and the Swiss franc, high-end, prime London property is now considered to be one of the few safe havens for those with the capital to invest.

In June, property consultancy Savills issued a report showing that price growth in prime central London slowed to 0.4 per cent in the quarter between March and June this year – perhaps something of a let-down after the impressive five per cent growth in the same period last year. However, closer examination of the figures reveals that prices in Chelsea, Mayfair, Belgravia and Knightsbridge all rose by more than one per cent, while those in Marylebone, Notting Hill, Kensington and Holland Park dragged the overall figure down. 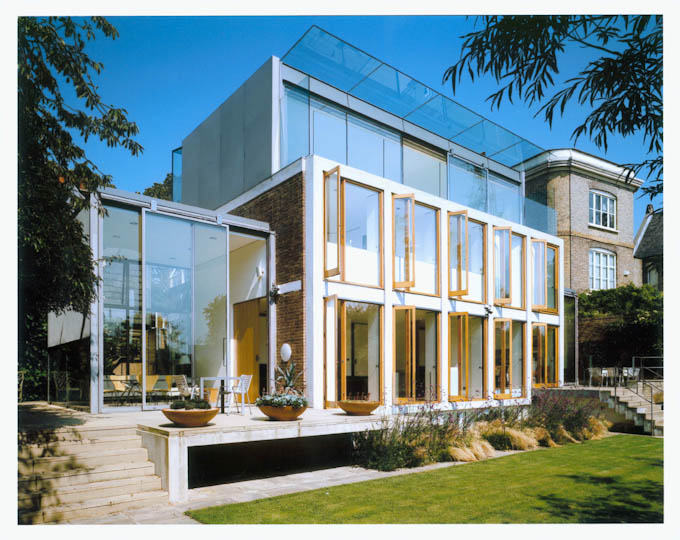 This illustrates the value of investors understanding local drivers – even in a relative micro-market like prime London. For instance, sales of new build property designed for high net worth individuals have been particularly strong, representing 15 per cent of all £5 million+ sales in the last quarter.

“Overseas buyers remained committed to the very best central locations, accounting for 58 per cent of buyers in the first half of 2012,” said Lucian Cook, director of Savills Research. “Here buyers looking for safe haven investments have underpinned demand.”

We examined one of London’s properties that has become so desirable during a period of financial unrest – not only for overseas professionals looking for a London base, but also for investors seeking to convert their capital into high-value bricks and mortar.

Situated in the north London suburb of Highgate, The Lawns is a strikingly modern piece of architecture. This glass-fronted property, a distinctive design by Eldridge Smerin, achieved a Royal Institution of British Architects Award in 2001 and was shortlisted for the Stirling prize in the same year. 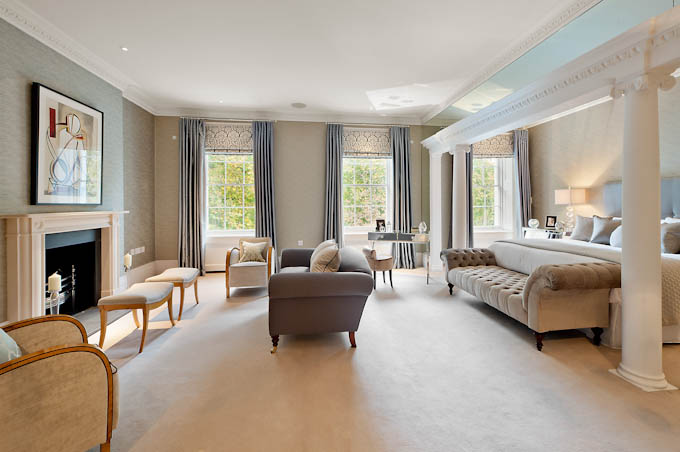 Designed to maximise natural light amid luxurious surroundings, The Lawns has been described by critics as an “impeccably detailed jewel” and “an exemplar of how the 21st-century house can be incorporated into historic conservation areas”. While undeniably contemporary, the property is built around the core of a 1950s house by Leonard Manasseh, which was in turn constructed on Victorian foundations, resulting in a multi-layered building that emphasises transparency and open space. 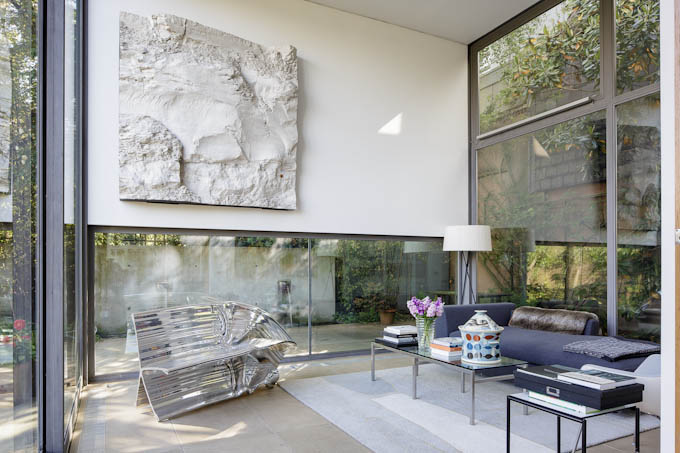 The Lawns offers internal accommodation of approximately 5,627 sq ft over four floors, including a master bedroom, five guest bedrooms, a Bulthaup kitchen and four bath and shower rooms. A stunning open-plan studio, with access to a south-facing terrace, occupies the entire second floor. The finest natural building materials, including York stone and oak, were specified throughout the property.

While The Lawns offers extensive views of the London skyline, its own grounds are no less impressive: a water feature by William Pye adorns the rear garden, which is flanked by two patios. In the front, protection is provided by two sets of electronic gates and a door entry system, while a screen of evergreen oaks and birch offers elegantly natural privacy. 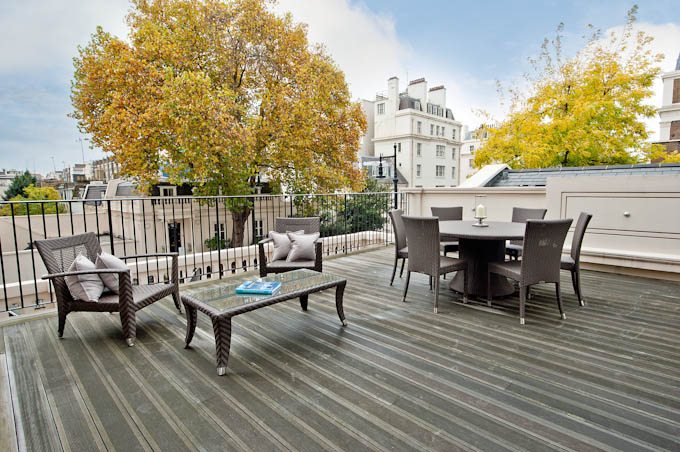 The Lawns is situated at one of the highest points in London and has excellent links to the city’s most beautiful open spaces, being close to Hampstead Heath, Waterlow Park and Highgate Wood. Highgate School, one of London’s leading independent institutions, is a short walk away and shops, restaurants, pubs and the Upstairs at the Gatehouse theatre can all be found in the local area.