For practically two decades there has seemingly been no safer method of amassing a fortune than developing property in China, but now that all looks set to change.

The basic recipe was to acquire a piece of property from well-heeled friends in government at a fraction of its market value, mortgage the property to the hilt by the ever obliging state-owned banks, sell as many of the units off-plan within weeks of construction beginning and quickly pocketing 500% returns before the buildings were even occupied.

In-line with rapidly rising property prices (as high as 10% per month), there was even sometimes more incentive to hold onto units for later sale. As if that did not already sound like the finest cocktail you have ever tasted, construction companies were so keen to win the contracts that they often offered upfront cash advances. With such little cash required from the investors and developers it meant they simply leveraged more borrowing to scramble for more development opportunities.However, the Chinese government has now started clamping down,having gingerly stepped in to the mix last year. Now it appears that they are stepping up the ante in an effort to contain property prices and get to grips with inflation. With government now pulling the reigns on bank lending and no longer turning a blind eye to previous sweetheart land deals, this is starting to have some rather devastating repercussions in the property market. 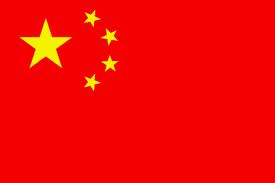 Another little reported government change is that it is no longer cheap or easy to rid land of it’s residents and sell to highest bidder. New rules now make it very expensive and risky for any developer to undertake this process of relocation and demolition, and any delays are fatal to a developer’s cash reserves. For example, if one old tenant refuses to take the relocation money and move out, it is no longer plausible to sway local government, or hired goons, to force them out. Until all previous tenants are resettled, no construction work can begin. This can push back a development by months or even years and certainly does not bode well foe off-plan pre-sales. Without banks dishing out cash at their previous near-0% interest rates, the new norm of private investors and loan sharks demanding circa 10-30% rates can make previous money-spinning opportunities now look very risky.

Real estate prices may still be rising, but at a lessor speed. This is the result of tighter mortgage rules, property taxes in some cities, as well as new regulations that limit the number of apartments people can buy.

“In Beijing, for example, you need to prove you have paid local Beijing taxes before being allowed to buy!!!”

It almost appears that the government have gotten wise to the developer schemes and now what to recoup their share of the profits. The speed and geographical scope of the impact, however, has caught a lot of people by surprise. Projects that six months ago looked like sure things are today struggling. As Banks in China are all state-controlled, when they responded earlier this year to government suggestions that they slow the flow of funds to the real estate sector, this was quickly exasperated when the government chose to raise banks’ reserve requirements by six times.

Sky-rocketing property prices are a major contributor to inflation, which is currently by official figures, at its highest level in China in over three years. This leaves the over-hanging bigger question of:

“Has the game changed permanently in Chinese real estate or will things revert as soon as inflation is back down at comfortable levels?”.