For any of you, who have ever (like me) wondered what on earth is happening (or not) with Cambridge House, aka ’94 Piccadilly’, or ‘The In and Out’ (as it’s signs would lead you to believe); this is the lowdown…

This had previously been one of Mayfair’s most famous and prestigious clubs and had formerly been home to the Naval & Military Club (now relocated to St James’s Square),

but after remaining empty for several years as a prized asset and future hotel project for now bankrupt former billionaire property developer Simon Halabi, this Grade-1 listed property has been on the market since 2009 when receivers first took charge of his properties.

There was talk of Monte-Carlo SBM (operator of top casinos and hotels in Monaco) buying it for a reputed £250m, but apparently this fell apart when their lower bid (rumoured to be around the £200m figure) was not completed within it’s exclusivity period. It has now subsequently been placed back on the market with Jones Lang LaSalle being appointed to handle the sale.

However, with such a colossal price-tag and given the plethora of other issues, ranging from the restoration costs to the financial and planner restraints, it unfortunately still does not appear that there is yet light at the end of the tunnel. 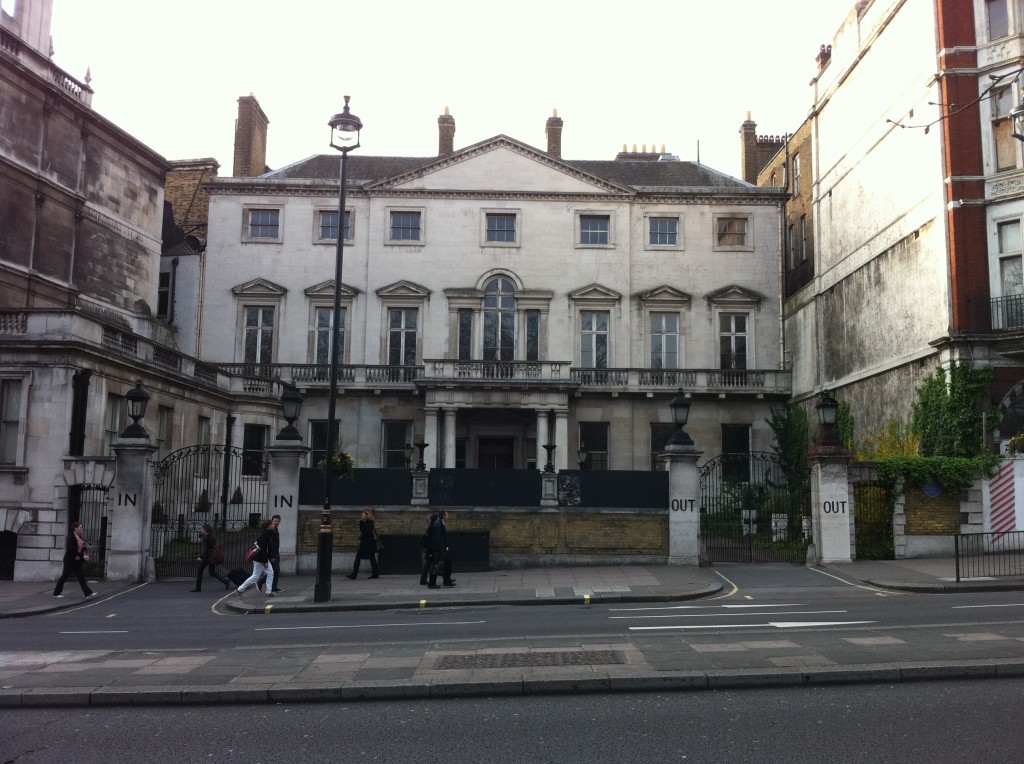 Posted by: S A Bryan-Merrett